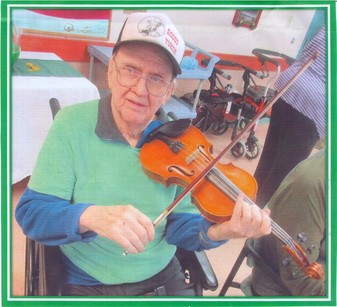 Much of the Bill's life was a mystery. We heard many tales from Bill about what he did and where he went. Bill went to school through high school and maintained that he served in the RCMP for 27 years. We were never able to verify this, but we do know that he worked for a number of years for the Yukon government with Youth Justice.

When in his twenties Bill started a band called "The Tex Milner Show Band". The band played country, western and gospel music. Bill played guitar, an instrument he first learn to play at 8 age 12.

Bill had married his high school sweetheart, Maureen.  Bill had five children in total. According to the family, Bill had many jobs over the years. He was a youth pastor in the Methodist Church, a cement truck driver and a carpenter.

Bill made his way to Red Deer around 1981.  We don't know when he made his move to Whitehorse.  He started attending the Whitehorse Church of the Nazarene in the summer of 2009, at the invitation of his friend and neighbour, Shelley.  Bill move to Copper Ridge Place in March 2015 where he enjoyed the care he received.

Bill passed away peacefully in his sleep on Valentine's Day, February 14, 2018.